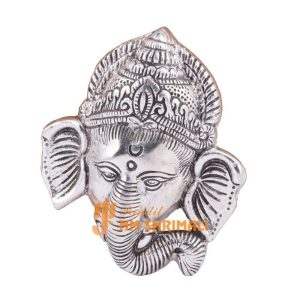 Gift the blessings of Lord Ganesh Ji to your loved ones on their special occasions like birthdays, anniversaries, housewarming party, and many others. This is a Ganesha Statue, made from the finest quality.

Information About Ganesh White Metal.
भगवान गणेश जी का आशीर्वाद अपने प्रियजनों को अपने विशेष अवसरों जैसे जन्मदिन, शादी की सालगिरह, गृहिणी पार्टी, और कई अन्य लोगों के साथ उपहार में दें। यह एक गणेश प्रतिमा है, जो बेहतरीन गुणवत्ता से बना है।
Gift the blessings of Lord Ganesh Ji to your loved ones on their special occasions like birthdays, anniversaries, housewarming party, and many others. This is a Ganesha Statue, made from the finest quality.
Ganesh (also spelled ganesa or ganesha, and also known as vinayaka, ganapati, and pillaiyar) is one of the most well-known and worshipped deities of the hindu pantheon. His image can be found throughout india. Hindu sects worship him regardless of their affiliations. Devotion to ganesha is widely diffused, extending to jains, buddhists, and around the world. Easily identified by his elaphant head, ganesh is widely revered as remover of obstacles, lord of beginnings, patron of arts and sciences, and the deva of wisdom and intellect. Ganesh is honoured at the start of ceremonies and rituals, and invoked as patron of letters during writing sessions. Ganesh has been represented with an elephant’s head since his first appearances in indian art. Puranic myths provide several explanations for how he got this head. One of his popular forms, heramba-ganapati, has five elephant heads. Some texts say that he was born with the head, whilch most stories have him acquiring the head later. The most recurrent theme in these stories is that ganesh was born with a human head and body, and shiva beheaded him when ganesh came between shiva and parvati. Shiva replaced ganesh’s original head with that of an elephant. In another story, ganesh’s mother parvati showed off her newborn to the other gods. Unfortunately, shani (saturn) who is said to have the evil eye looked at ganesh, causing his head to burn into ashes. Vishnu came to the rescue, replacing ganesh’s missing head with that of an elephant. In another story, ganesh was created by shiva’s daughter. Because shiva considered ganesh too alluring, he gave him teh head of an elephant and protruding belly. Metal figures are a brilliant example of metal art.
Note: Daily, Weekly, Monthly and Annual Horoscope is being provided by Pandit N.M.Shrimali Ji, almost free. To know daily, weekly, monthly and annual horoscopes and end your problems related to your life click on  (Kundali Vishleshan) or contact Pandit NM Shrimali  Whatsapp No. 9929391753, E-Mail- [email protected]

Be the first to review “Ganesh White Metal”
Shipping & Delivery 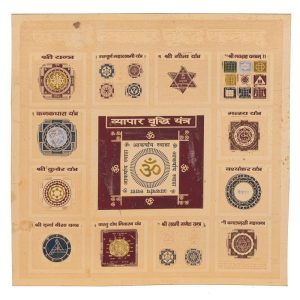 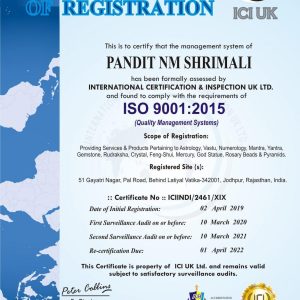