Kurm Sriyantra is a Sriyantra which is crafted and mounted on the hump of a tortoise.

Rated 5.00 out of 5
₹700.00
Material: White Metal This product is extremely Pran-Pratishthit,Abhimantrit & Siddh (Energized) during Shubh Muhurat by our Vidhwan Pandit’s This Yantra is also available in Pure Silver (Chandi).
Add to wishlist
Add to cart
Quick view
Sale

₹450.00
Weight:  85 gm, Material: Crystal This product is extremely Pran-Pratishthit,Abhimantrit & Siddh (Energized) during Shubh Muhurat by our Vidhwan Pandit’s The crystal ball should be sitting on a stand in front of you now.
Add to wishlist
Add to cart
Quick view
Sale

Rated 5.00 out of 5
₹499.00
Weight:  30 gm, Material: Crystal This product is extremely Pran-Pratishthit,Abhimantri & Siddh (Energized) during Shubh Muhurat by our Vidhwan Pandit’s The Crystal Shri Yantra is worshipped similarly as Shri Yantra has another importance.
Add to wishlist
Add to cart
Quick view
Sale 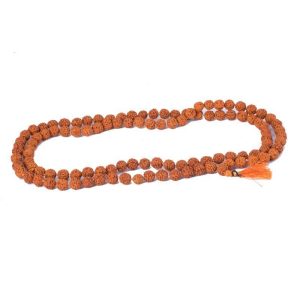 ₹600.00
Hard Copper made Bracelet with Pure Rudraksh This product is extremely Pran-Pratishthit, Abhimantrit & Siddh (Energized) during Shubh Muhurat by our Vidwan Pandits. Rudraksha beads are actually the seeds of a plant named Elaeocarpus ganitrus. Since age-old times, Hindus have been wearing Rudraksha beads in their bodies.
Add to wishlist
Add to cart
Quick view