Panchdhatu Shankh (Conch) Shell ₹1,800.00
Back to products
Next product

Lingam( Black Marble Shivling ) (Sanskrit: लिंगम्, IAST: liṅgaṃ, .lit sign, symbol or mark), linga, Shiva linga, ling or Shiva ling, is an abstract or aniconic representation of the Hindu deity, Shiva, used for worship in temples, smaller shrines, or as self-manifested natural objects. In traditional Indian society, the linga is seen as a symbol of the energy and potential of Shiva himself.

The lingam is often represented as resting on yoni (Sanskrit word, literally “vulva”, “origin” or “source”), a symbol of Goddess Durga in Hinduism.

The lingam is a column-like or oval (egg-shaped) symbol of Shiva, the Formless All-pervasive Reality, made of stone, metal, or clay. The Shiva Linga is a symbol of Lord Shiva – a mark that reminds of the Omnipotent Lord, which is formless. In Shaivite Hindu temples, the linga is a smooth cylindrical mass symbolising Shiva. It is found at the centre of the temple, often resting in the middle of a rimmed, disc-shaped structure, a representation of Shakti. There is an inclination to reduce the Shiva linga and Shakti yoni, the two main Tantric symbols of ascending and descending forces – which are often represented by upright conical stones for the Shiva linga and ring stones or basis for the Shakti yoni – to merely the male and female sex organs, which is but one of their many reflections, and their erotic glorification. There is a tradition of Tantric sexuality of mithuna which uses sacred sex as part of Yoga practice. But it is not the only practice of Tantric Yoga, much less the highest, and when done is integrated into a much larger array of practices.

Be the first to review “Black Marble Shivling” Cancel reply

₹589.00
Weight:  250 gm, Material: Hard Copper This product is extremely Pran-Pratishthit,Abhimantri & Siddh (Energized) during Shubh Muhurat by our Vidhwan Pandit’s The light or knowledge shows us the way out of our problems, fears, tensions and unhappiness.
Add to wishlist
Add to cart
Quick view 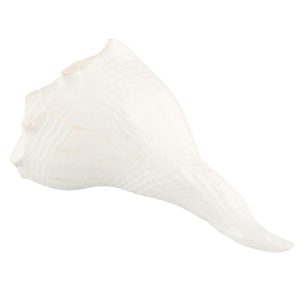 ₹1,190.00
Weight:  40 gm, Material: Copper This product is extremely Pran-Pratishthit,Abhimantri & Siddh (Energized) during Shubh Muhurat by our Vidhwan Pandit’s Gemstone has the ability to attract useful cosmic rays towards it as it extremely radioactive.
Add to wishlist
Add to cart
Quick view
Sold out

Laxmi Charan or Lakshami Paduka is a rare Lucky Charm

Rated 5.00 out of 5
₹499.00
Weight:  150 gm, Material: Wood This product is extremely Pran-Pratishthit,Abhimantri & Siddh (Energized) during Shubh Muhurat by our Vidhwan Pandit’s One eyed coconut gives prosperity and persistence of wealth permanently.
Add to wishlist
Add to cart
Quick view
SaleSold out

Small Surya Face Hanging Mask which is a representation of Lord Surya.